Interests Include Frocks and Flicks 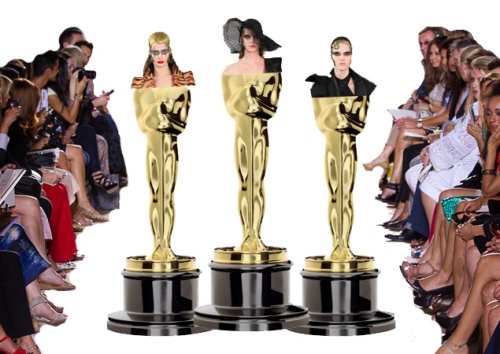 This week, the second full week of the year 2015, seemed fairly unremarkable. In fact, it was rather dull. We’re embarking on that portion of the winter season where the days begin to blend into one another – one shade of grey bleeding more grey into the next, until we’re drowning in a pool of grey and pleading with Jack Frost to give us just a few moments of thaw. It is on these dull days that I am especially thankful for people like Monsieur Galliano and Oscar to brighten and inspire.

While I have yet to personally receive a nod from the elusive Oscar, or break my way into the legitimate world of cat walks, I take such pleasure in happening upon great artistry found in these two realms of the art world – fashion and film. In the world of fashion this week (those of us watching) were privy to John Galliano’s debut collection with Maison Martin Margiela – and it was nothing short of divine.  Meanwhile, the Academy of Motion Picture Arts and Sciences gifted us with a list of (hopefully deserving and awe-inspiring) hopefuls for this year’s awards. 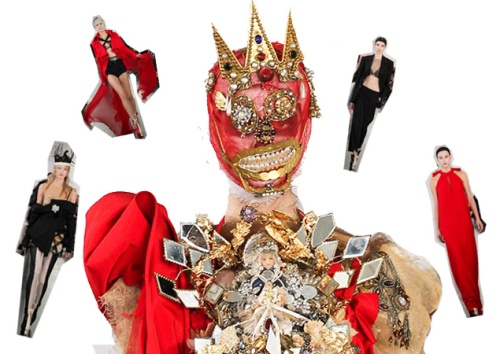 Galliano’s return to fashion is not unlike that of his temporary exit – dramatic. The difference lies in the fact that his homecoming has the elegance that his departure so desperately lacked. Despite your opinion of the man himself, it is clear that his artistic genius is eternal, his skill masterful, and his perspective beguiling. Just like the rest of you, I’m excited for what’s to come.

As of yesterday morning, my free time has now been spoken for by this year’s Oscar nominations. I take these very seriously, to say the least. There is truly nothing I love more than watching an amazing film. I know what types of movies I like, and I definitely know what I don’t like – and I don’t have much loyalty. I may love a movie for its first half, but if the second half loses my interest, I feel no need to carry a torch for said film (ex. The Theory of Everything – I found myself craving more of the science and less of the romance). As I cross more films off my daunting ‘to watch’ list and my tastes become more cultivated, I find I’m becoming ever more critical of the films I’m viewing (which no doubt is a great annoyance to all those around me listening to me spew my *humble* opinions).

Perhaps this is why when I REALLY fall in love with a movie, I become almost restless with excitement and fixated on the many wonderful aspects of what I’ve just viewed (ex. Whiplash – I watched it twice in one sitting, and have been listening to gut busting drum solos ever since). Out of all the Best Picture, Actress, Actor, Supporting Roles, Director, Cinematography and Original Screenplay nominations this year, I’m left with a whopping 13 films yet to meet the wrath of my fanatic gavel. I have just over a month to watch them all and come to a final ruling. Bring on the popcorn baby!

*stay tuned in February, when I have all my *humble* opinions neatly gathered and I can gush more about Whiplash, Wild and all the other greats of 2014 without restraint.