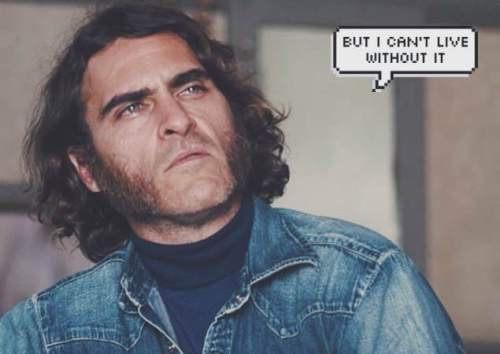 Abraham Maslow was an American psychologist who created a Hierarchy of Needs as a predictor for psychological health. Having studied psychology in University, I have a very basic understanding of what he was talking about. The first level of needs that must be met for basic survival are of course your physiological needs (breathing, food, water, shelter, sleep). Next, your safety and security needs (health, employment, social stability). Once those two levels have been fulfilled, your love and belonging needs must be met (friendship, family, imtimacy, hugz), which will lead to self-esteem fulfilment (feelin’ one hundred). And finally – once all other needs have been satisfied – then, and only then can you reach self-actualization (morality, creativity, acceptance and all that other good stuff). That’s all fine and well, but, like, what about pizza and Netflix, because I just don’t think I could live without those either.

Just like anyone else, I seem to have accumulated an ever-growing collection of little vices. While not necessarily bad or harmful, they could all perhaps be viewed as a waste of time and even more so, money. And while I could certainly trudge on and survive without them, they just make me so happy, okay?! These are my inherent vices. No, they don’t technically have a dignified place on Maslow’s hierarchy, but I certainly consider them necessary unnecessaries in my life. Without them I wouldn’t quite be me, and how could I ever deny the world of that?! 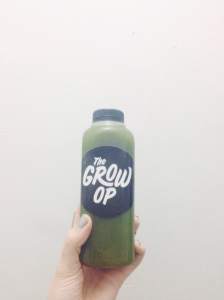 After discovering the fabulously fermented trend of kombucha, and jumping on the cold-pressed juice bandwagon, I find it very difficult to go much more than 24 hours without one or the other. I’ve been known to buy in bulk so as to always have it on hand. I’ve even gone so far as to have a quart of cold-pressed green juice delivered to me by bicycle messenger when sick or stuck at work. This habit is especially expensive, but at least it’s healthy, right?! RIGHT?!?!

To juxtapose my addiction to healthy (albeit overpriced) liquids, I also have a bad habit of ordering take-out feasts in the wee hours of the morning. This is especially wasteful, as I often don’t finish what I order and bestow it upon my roommates, or even worse, I am too *tired* to wait up for the food to arrive and miss the delivery altogether. This is not wallet or waist-line friendly, but honestly, I love nothing more than cozying up to a gigantic Thai feast accompanied by a great Netflix offering (As described in great detail in my Hermit Lyfe Confessions)

Despite owning a fairly sizeable heap of black shoes already (a collection fit for a witch), I can’t seem to say no to just *one more pair*. I just keep finding the perfect black leather bootie, over and over again, but ever-so-slightly different. Is that such a bad thing? Giving a good home to a nice pair of shoes? Nah. 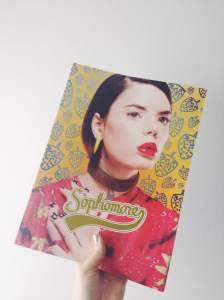 Since primary school I’ve been a bit of a magazine hoarder. From the 8th – 10th grade I collected InStyle every month. Then from 10th – 12th, Teen Vogue. Since then I’ve been archiving each issue of Vogue since 2006. While Vogue is the only magazine I keep on my shelves continuously (please don’t put me on any TLC shows), I tend to buy at least 3 other publications a month. I mean, gotta support the print industry, right? And where else am I going to get my fashion inspiration from, if not from those glossy pages?

Good Bad T.V. and Everything Else In Between 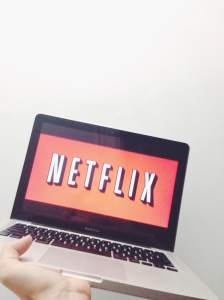 I’ve always been a total sucker for good bad T.V. My favourites being the girly, drama fuelled MTV offerings (The Hills, The City), Bravo’s bests (The Real Housewives of: Beverly Hills, Atlanta (Season 1 + 2), Miami (Season 2)), Pretty Little Liars and those damn Kardashians. But my streaming doesn’t stop there. I watch re-runs of shows I’ve finished (Sex and the City, How I Met Your Mother), but still love. I catch up on shows that I was late to the party with (American Horror Story, Homeland, House of Cards), and then there are the weekly sitcoms that tend to land at the bottom of my priority viewing, but I always somehow find time during the year to binge watch in a day. And don’t get me started on my perpetual viewing of movies. My must-watch movie list is infinitely being added to, I can hardly keep up. I guess you could say I’m a bit of an escapist, but damn, does it ever make for good loungin’.

So, what’s your vice?

This entry was posted in MISC. and tagged cold-pressed, maslow, maslows hierarchy of needs, netflix, psychology, vices. Bookmark the permalink.